The incident took place in 2017 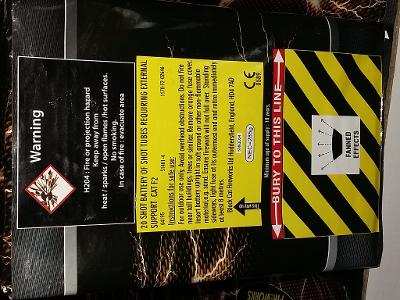 Salisbury Crown Court passed sentence today (Thursday 5 November) on the organisers of a fireworks event held at the Antrobus Arms, in Amesbury, on 4 November 2017, which resulted in burns injuries to 13 spectators, including 11 children.

Fitzbride Ltd, the operators of the hotel, pleaded guilty to two breaches of the Health and Safety at Work etc. Act 1974, admitting failure in their duty to safeguard both their employees and members of the public at their premises.

When setting up the display the organisers failed to follow the clear instructions printed on the fireworks and HSE guidance for safe firework displays.

The organisers purchased fireworks from a local supermarket and set up their own display after an organised event in the town had been cancelled.

Rather than burying a 'Powershock' firework in the ground to stabilise it, the fireworks were set out on plyboard on top of a garden picnic table, surrounded by clay bricks. The court was shown how, moments after the display started, the fireworks on the table became unstable, disrupting the surrounding fireworks and causing burning material to be discharged sideways and forwards into the crowd.

During the investigation, council officers discovered that the injuries arose as a direct result of failure to follow all of the required safe measures, and that the potential for the fireworks to topple could have been prevented.

No evidence of malfunction of the firework due to faulty manufacture was established.

Councillor Simon Jacobs, Cabinet Member for Public Protection said:"Those injured included children and the court recognised the traumatic impact this may have on them. Thankfully the burns injuries were relatively minor, however it could have been far worse as the burning material was discharged into the crowd around head height, striking two victims very close to their eyes.

"Sentencing has been delayed due to the current pandemic. The timing of this hearing today on Bonfire Night, and this judgement, highlights to us all that fireworks can be extremely dangerous. It's vitally important they are handled with extreme care and all safety guidance is followed."