Challenges ahead, but a brighter forecast for the council's finances 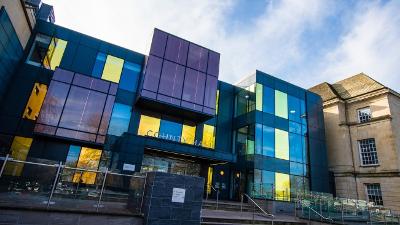 Wiltshire Council's latest financial report shows that there are still challenges ahead, but the forecast overspend now sits at around £5.9m - down considerably from previous estimates.

This is a significant improvement on the forecasts previously reported. At the council's Cabinet meeting in May an overspend range of between £18m to £51m was estimated, this was consolidated to £50m in June and then reduced to £36m in the first overall budget monitor reported to Cabinet in July.

This is due to a number of factors, including the council reacting quickly to the ever-changing situation, and the Government providing a number of financial packages to offset some of the costs incurred and lost income as a result of COVID-19, which local authorities up and down the country have had to deal with.

The council has received £29m from Government to compensate for some of the pressures so far. In addition, Government previously announced an income loss scheme to further support councils. Without having all the details on what the allocation will be and how it will be distributed, Wiltshire Council has made a prudent estimate that this could bring in an additional £6m.

Additional money was also provided to the council to administrate and allocate for specific purposes - such as business grants and rate reliefs, hardship funding, bus subsidy, infection control fund and test and trace.

Due to the unprecedented nature of the issues, it is not an exaggeration to say the financial situation changes on a week-to-week, and even a day-to-day basis. For instance, forecast costs associated with Home to School Transport alone will be reducing by over £6m from the May forecast due to schools reopening and the social distancing guidance on transport from September.

Some of the ongoing challenges include some residents still struggling to pay their council tax having been impacted by the crisis. People at 5,600 households chose the option offered by the council to defer paying council tax for two months, but since then there has also been an increase of requests to make further payment amendments. If anyone has any concerns about their ability to pay council tax they are encouraged to speak to the council's friendly team on 0300 456 0119 to talk these through.

The council quickly acted to put measures in place to mitigate the challenges, including making changes to its capital programme, introducing tight controls on spending and an external recruitment freeze, while still continuing to provide quality services to residents. Couple these measures with the Government funding, it means the council's General Fund reserve is no longer forecast to be exhausted.

Cllr Pauline Church, Cabinet Member for Finance, said: We are certainly not out of the woods and will likely still require further funding from the Government, however, our quick reaction to the financial challenges has afforded us some time to be able to plan in great detail. This will allow us to continue to help the county recover and get back strongly on its feet, in a way that is financially resilient.

While this is an improving picture and we expect to deliver a balanced budget for this financial year, challenges remain and will do so for the foreseeable future.

As we have done throughout this, we will continue to provide frequent full transparency on the financial challenges we face as a result of COVID-19, and our plans to meet these head on.

This latest update was part of the council's 2020/21 budget monitoring report which was recently presented at the council's cabinet meeting.

The full report can be found on the council website.