Wiltshire's up and coming sports stars of the future were celebrated at the 2022 Sports Scholarship grant presentation ceremony held at County Hall, Trowbridge. 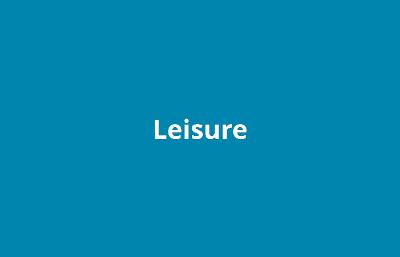 Wiltshire's up and coming sports stars of the future were celebrated on Wednesday (27 April) at the 2022 Sports Scholarship grant presentation ceremony held at County Hall, Trowbridge.

Sports Scholarship grants of £500 were awarded to ten young athletes aged between 8 and 18 years, who compete at either a regional or national level in their chosen sport.

The Sports Scholarship grant programme is part of the Funding Future Olympians and Paralympians Foundation which is funded by money raised from the annual Wiltshire Business and Sports Gala Dinner.  To date, the grant has supported 55 young athletes, with £38,500 in funding being distributed to local talented athletes to support their development - providing access to training, equipment and competitive opportunities.

The gala dinner Gold Sponsors CGI, Landmarc and MiPermit were on hand to present the grants to this year's recipients and guests were provided with an inspirational insight into what it takes to be an elite athlete from special guest and previous grant awardee, Team GB Tokyo Olympian, Tom Gale.

Tom said, I know how important it is to get the support right from the beginning. I remember when I received my Sports Scholarship grant in 2015, knowing that my local community was backing me inspired me to dedicate myself to my training to see how far I could get within my sport!

The ceremony's host, Cllr Ian Blair-Pilling, Wiltshire Council's Portfolio holder for Leisure said, This funding will make a huge difference to this year's grant recipients in terms of providing financial support for their sporting ambitions.  We are very proud of our Funding Future Olympians and Paralympians Programme and its contribution to Wiltshire Council's long-standing aim of creating a lasting legacy of sporting success in the county.  More than that we are doubly proud of our young athletes and wish them every success.

This year, 36 scholarship applications were received from athletes across the county, representing a range of sports including cycling, swimming, gymnastics, athletics, fencing, triathlon, martial arts and tennis. All the applications were exceptionally high quality, showcasing the fantastic sporting talent in Wiltshire.

The 2022 Sports Scholarship grant recipients are:

Matilda is from Bradford on Avon and is a tennis player who is ranked Under 10 Number 8. She is a member of the LTA's national Performance Pathway Player squad.

Chippenham's Imogen is a Badminton player who is a member of the Wiltshire County squad who regularly podiums at her matches in both singles and doubles. She won the 2020/21 North Wiltshire Badminton Project's 'Most Improved Pathway Player' award.

Charlotte is a Fencer from Broad Town, near Royal Wootton Bassett. She was tenth at the 2021 British Under 17 Cadet Championships and has been selected for Northern Ireland for the Junior and Cadet Commonwealth Games later this year.

Eirlys is from Malmesbury and is a member of the Great Britain Rhythmic Junior Squad as well as a member of the Welsh National Squad. At the 2020 Gibraltar International Open Junior Category she was 1st in both the Rope and Clubs and 2nd in the Ribbon and Ball.

Harriet is from Ludgershall and is a member of the Great Britain Junior squad. She is ranked GB Number 3 for Cadets and has been selected to compete for England at the Junior Commonwealth Games later this year.

Trowbridge's Will is a pentathlete and triathlete who was ranked under 13 Number 1 at the South West Tri Star event and is a member of Triathlon England South West Academy and the IPC Performance Pathway squad.

Corsham's Theo is British Under 17 Number 1 and a member of the England Athletics Youth Talent Programme.

Aidan is from Ludgershall and is a swimmer who won a silver and bronze at the 2019 British Para Swimming Junior Championships. He is a member of England's Para Swimming Talent Programme.

Annabel is from Devizes and is a member of the National School of Racing Foundation. She was sixth at the 2021 Under 15 British BMX Championships and the winner at the Deep South Winter BMX series in 2020.

Ethan is from Salisbury and is a member of the England National Karate team. At the British International Championships he won a silver in both the individual and pairs competition.