Wiltshire Council leaders have today (Tuesday 13 July) approved a report that highlights the council's progress in combating climate change during the past six months. 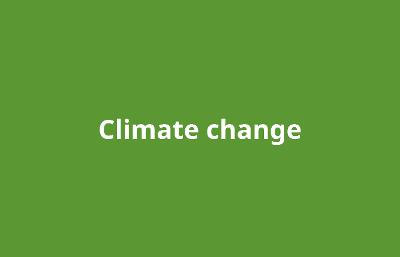 Wiltshire Council leaders have today (Tuesday 13 July) approved a report that highlights the council's progress in combating climate change during the past six months.

The council acknowledged the climate emergency and resolved to seek to make Wiltshire carbon neutral by 2030 in February 2019. It has made significant changes since then to tackle climate change, and many of these are detailed in today's Cabinet report.

Commenting on the report, Cllr Nick Botterill, Cabinet Member for Climate Change, said: "We have made significant progress as a local authority during the past six months - and indeed the past few years - in the fight against climate change, which has been particularly challenging against the backdrop of the pandemic.

"We are committed to tackling climate change and we are investing more than £88m of capital funding into projects that help to reduce our carbon emissions.

"We have also secured more than £13m of Government funding for a range of projects, and we are working on more funding to help bring decarbonisation benefits in Wiltshire.

"Of course, there is much more for us to do as an authority, and real challenges lie ahead in bringing the county of Wiltshire with us to reduce carbon emissions and fight climate change.

"This will mean communities and businesses making small changes to the way they do things to reduce carbon emissions, and we know that many in Wiltshire are already making great progress on this front.

"The next few months will be key as we begin the public consultation on our draft Climate Strategy, and Green and Blue Infrastructure Strategy, from 1 September. We'll have more information on this in the coming weeks, and I would encourage the public, communities and businesses to all get involved with this process to help shape the strategy as we head towards a carbon neutral Wiltshire."

The report details the progress in the council's pledge to be carbon neutral by 2030, including a number of key actions:

To find out more about the council's climate projects, go to Climate change.