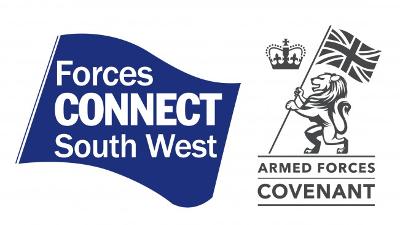 A new website and film designed to provide support to the Army and training for those working with service personnel in communities, has been launched.

The councils, led by Wiltshire Council, include Bristol City, Cornwall, Devon, Gloucestershire County Council, North Somerset and Somerset. They are working together to improve delivery of the Armed Forces Covenant, to raise awareness and promote understanding to benefit military communities.

The film, called Change Step, and website raise awareness of the covenant and provide information on services available.

The film illustrates some of the challenges faced by service personnel and their families during and after transition, and can be used as a training resource to help raise awareness in organisations or at an individual level.

The website provides regional information for the whole military community in the south west including accessing help through the Veterans and Families Service Directory.

In addition to access to the directory, the partnership will also be able to routinely update it with local organisations and agencies that support the military community.

Baroness Scott of Bybrook, OBE, Leader of Wiltshire Council said: "Wiltshire benefits from its strong military in the county and we want to give something back to recognise they are an important part of our community. These are excellent initiatives which will deepen understanding and help ensure people have access to the support they need across the region."

Cllr Rod Williams, Chair of the Somerset Armed Forces Covenant Partnership said: "I welcome this new film (made in Somerset) and website.  They should raise awareness of the immense contribution Armed Forces veterans can make to everything we do. But some of these veterans need extra help to find their feet outside the Services. It is in the interest of all of us to take advantage of their character skills and abilities.  This short film should be enjoyable and educational for all of us.  And the website will be an invaluable source signposting where help and support can be found for those to whom we owe so much."

The approach echoes the aspirations of the Armed Forces Covenant which was reaffirmed in Wiltshire in 2017. It ensures the council, businesses and public and voluntary sector work with the military to provide help and advice to the Armed Forces community.

Wiltshire benefits from its strong military in the county and we want to give something back to recognise they are an important part of our community.