Commemorating the life of His Royal Highness Prince Philip, The Duke of Edinburgh

Wiltshire residents are invited to share their thoughts and memories of His Royal Highness Prince Philip, The Duke of Edinburgh in a special online book of condolence. 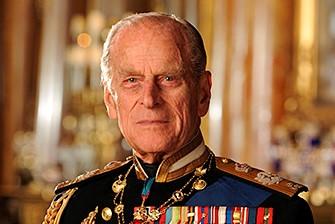 Wiltshire residents are invited to share their thoughts and memories of His Royal Highness Prince Philip, The Duke of Edinburgh in a special online book of condolence which will be available until the day after the funeral.

The Union Jack has been lowered to half-mast on all council buildings as a mark of respect.

HM Lord-Lieutenant of Wiltshire, Mrs Sarah Rose Troughton said: "It is with great sadness that we have learnt of the death of HRH Prince Philip, The Duke of Edinburgh.

"As HM Lord-Lieutenant and on behalf of the people of Wiltshire and Swindon, I would like to send heartfelt condolences and prayers to Her Majesty The Queen and His Royal Highness's immediate family.

"His Royal Highness devoted a major part of his long life to serving Her Majesty The Queen but also had his own full and varied programme of commitments and interests, all carried out with great aplomb and of course a sense of humour.

"He was a questioning and engaging guest as those who met him on his visits to the county and to his regiments will testify. We last had the pleasure of HRH's company at The Orders of St John Care Trust's Haywood Care Centre in Devizes and the opening of the Prince Philip Barracks at REME Lyneham Garrison.

"His Royal Highness will be much missed and will be remembered with the greatest affection and respect."

Richard Gamble, Chairman of Wiltshire Council, said: "This is a very sad time for the entire country and our thoughts and prayers are with His Royal Highness Prince Philip, The Duke of Edinburgh's family at this difficult time.

"I understand there will be many residents who would like to share their memories and I'd encourage people to write these down in our online book of condolence so we can collectively share in this important time of reflection and mourning."

Cllr Philip Whitehead, Leader of Wiltshire Council said: "I was extremely saddened to hear of the death of His Royal Highness Prince Philip, The Duke of Edinburgh. He has been a wonderful supporter of Her Majesty the Queen and carried out his duties tirelessly. Our thoughts are with Her Majesty and the Royal Family at this very difficult time.

"I'm sure he enjoyed his visits to Wiltshire and I know people in the county will want to join me in sending condolences to his family.

"People can write down their own memories and thoughts in our online book of condolence. This will give people a place to say in their own words how Prince Philip touched their lives and to offer thoughts and prayers to his family at this difficult time."

You can also leave a message of condolence at Royal.UK. A selection of messages will be passed onto members of the Royal Family, and may be held in the Royal Archives for posterity.