Lighting up Wiltshire in eco-friendly way 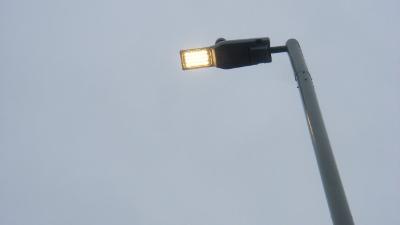 Our drive to be carbon neutral by 2030 continues as its low energy street lighting project gets underway.
We are investing £12m to replace much of its ageing 45,000 lights with Light Emitting Diode (LED) lighting. Unlike older lights, LED lighting can be dimmed to save energy.

The project has been rolled out in Chippenham with more than 400 of the new modern lights installed. The lights will eventually be installed throughout the county, which will see the council make annual savings of around £1m.

The light from the LED units look different as it is not orange in colour, like some of the older lighting. The new lights will provide similar lighting levels with less light spill and be considerably cheaper to operate and maintain. Instead of being turned off for part of the night, many of the lights will be dimmed during off-peak periods to further reduce energy consumption.

The conversion will be carried out quickly in most locations with little disturbance and disruption as it is only the electrical equipment being changed. However, in a few cases it may be necessary to renew the lighting column which will require excavation in the pavement to provide and connect the new column.

The project is expected to reduce the annual energy consumption of the council's street lighting from 12,977,500 KWh to 5,262,291 KWh. The reduction in energy for each light will vary according to the unit, but is likely to be as much as 69% in some cases.

There will be also significant reduction of the council's carbon footprint it will reduce street lighting CO2 by 1,770tCO2 (from 4,950tCO2 to 3,180tCO2.)

Cllr Bridget Wayman, Wiltshire Council Cabinet Member for Highways, said: "The project to replace the old stock has had a smooth start and the feedback we're received so far has been very positive.

"This long-term investment will save money while helping us achieve our ambition of reducing carbon emissions throughout the county it's a win-win."

More information and a range of FAQs are available on our LED lighting project page.

The project to replace the old stock has had a smooth start and the feedback we're received so far has been very positive.