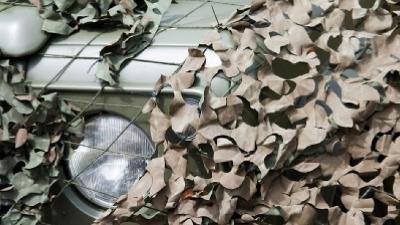 A mobile hub will travel around the south west ensuring military communities continue to have support and access to outreach services into the future.

The £150k funding for the mobile hub and digital services has come from another successful partnership bid to the government's Armed Forces Covenant Fund which aims to raise understanding and support for veterans.

The mobile hub will be in operation next year and will build on the work already completed in the area as part of an innovative covenant project across the south west.

Last year Wiltshire Council led a successful bid by six local authorities for £190,000 from the government fund for a range of measures across the 9,000 square miles.

The partnership of Wiltshire, Cornwall, Devon, Plymouth, Gloucestershire and Somerset identifies gaps and improves the delivery of services to the military through greater collaboration of public, charitable and Third Sector Organisations.

These improved services will be able to better target those members of the military community for whom life after service proves difficult, and address their resulting problems.

An expected outcome of this current project is that greater clarity of the most vulnerable will be achieved and a more accurate picture of those with the greatest need will be able to benefit from appropriate intervention. The mobile hub will then promote and deliver services primarily to vulnerable veterans but will be accessible by the whole military community.

Army veteran David Wood was appointed as an Armed Forces Project Officer for the project and works closely with neighbouring authorities and will ensure the results of the research are used to inform the project through collaboration.

Baroness Scott of Bybrook, OBE, Leader of Wiltshire Council said: "This project is already doing good work and we want to ensure it is sustainable into the future. By having a mobile hub which reaches to our more rural communities in our county and other counties in the south west, this will benefit the military communities that need it the most."

The covenant, which was first signed in 2011, commits the council, businesses and public and voluntary sector organisations to work with the military to provide help and advice to make sure that Armed Forces personnel and their families are not disadvantaged by their service.
Current statistics consistently place Wiltshire in the top three regions of veteran populations and with the increase of 4,000 personnel and their families in 2019, this figure is anticipated to grow.