Full steam ahead on election planning 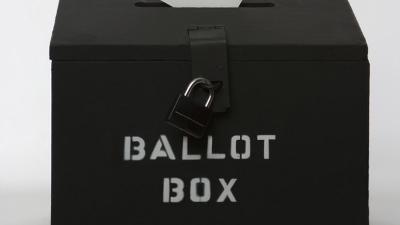 With the general election confirmed for 12 December, our elections team is busily preparing for the big day.

The election is just a matter of weeks away and the team is recruiting poll staff, booking polling station venues and organising for postal votes and ballot cards to be sent out to the 366,000 electorate.

This is a mammoth task at the best of times but with the short notice and festive period just around the corner this presents additional challenges.

The polls will be open from 7am until 10pm on 12 December. The votes will be counted at County Hall, Trowbridge; Five Rivers Health and Wellbeing Centre, Salisbury and The Olympiad, Chippenham. The Wiltshire results will be declared in the early hours of 13 December.

To register to vote people should visit Electoral Commission.

To be eligable to vote, you must:

• be registered to vote
• be 18 or over on the day of the election ('polling day')
• be a British, Irish or qualifying Commonwealth citizen
• be a resident at an address in the UK (or a British citizen living abroad who has been registered to vote in the UK in the last 15 years)
• not be legally excluded from voting

Wiltshire's Returning Officer, Carlton Brand, said: "My team are pulling out all the stops and will work round the clock to make sure we're ready for 12 December.

"Running an election of this scale for mid-December will be new territory for elections teams up and down the country, but we have contingency plans in place to deal with any weather issues and make sure that people are safe when they go out and vote.

"Some of our usual polling stations will inevitably be booked for Christmas events so some people should expect to visit a different venue than normal. However, the most important thing is that they'll have somewhere to cast their vote."

Customer queries will increase considerably during the build up to the election and people are asked to be patient if they phone the council, and to instead seek any information on the Wiltshire Council website if they are able to.

For more information, people should visit  .

My team are pulling out all the stops and will work round the clock to make sure we're ready for 12 December.