Wiltshire groups successfully bid for £88,000 worth of funding for military civilian projects 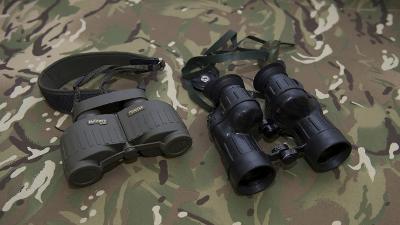 Wiltshire groups have successfully bid for a total of £88,000 in national funding for initiatives which will bring military and civilian communities closer together.

Wiltshire Council provided guidance and support for the groups bidding for up to £20,000 each from the Ministry of Defence The Covenant Fund.

The Covenant Fund provides financial backing for projects designed to cement stronger ties and mutual understanding between members of the armed forces and the wider community in which they live.

In the latest round Bath Rugby Foundation has been given £20,000 to set up a military coaching academy which will train and mentor ex-service personnel to develop new careers in sport and community engagement.

Participants of the coaching academy will receive coaching qualifications and mentoring before being deployed to deliver disability sport provision in order to gain invaluable work based experience.

Mandy Gardner, General Manager of Bath Rugby Foundation, said: "We are delighted to receive funding for our new programme which aims to retrain military professionals to become specialist sports and rugby coaches. Bath Rugby Foundation is the charitable arm of Bath Rugby set up to empower young people to succeed. We use sport to give people the confidence to overcome obstacles and we are delighted to be given the opportunity to work with ex service personnel who have so much more to give. We're looking forward to meeting our first cohort and working in Wiltshire."

The four other successful bids were:

Jonathon Seed, chair of the Wiltshire Local Covenant Partnership and Wiltshire Council cabinet member for Housing, Libraries, Leisure and Flooding said: "I am so pleased Wiltshire has been successful in securing the funding for projects which will be a force for good in so many lives both military and civilian.

"This county has a long military history and as we welcome more service personnel moving to Wiltshire as part of the Army Basing Programme it is more important than ever we promote military and civilian integration. I would also encourage local groups working with business and veterans or relocated spouses who have ideas for the future, to share their ideas with us so we can provide the advice and support to prepare their bid for the next round of funding."

The deadline for the next round of funding is 2 November. Draft applications can be emailed to Wiltshire Council corporatebusinesssupport@wiltshire.gov.uk by 26 October for guidance before submitting a bid.

More information on the fund is available on the MOD website including guidance on how to apply and application forms. GOV.UK: How to apply for a Covenant Fund grant.

The Covenant Fund was launched in August 2015 replacing the former Community Covenant Grant Scheme. Under the previous scheme funding of £925,001 was drawn down into Wiltshire via 36 successful projects, which included support for families, advocacy for veterans, arts projects and improved sports and community facilities.

Business and economy Council and democracy