Wiltshire is launching a new Family Drug and Alcohol Court

Wiltshire's Family Drug and Alcohol Court (FDAC) launches this month and will be part of the Family Court in Swindon, run alongside a specialist FDAC Team based in Wiltshire Council. 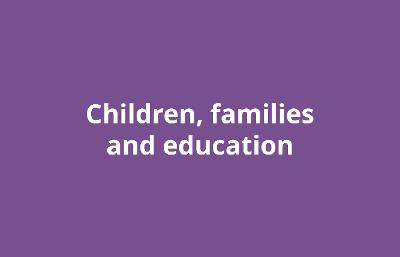 Wiltshire's Family Drug and Alcohol Court (FDAC) launches this month and will be part of the Family Court in Swindon, run alongside a specialist FDAC Team based in Wiltshire Council.

Drug and alcohol misuse is a major factor in nearly two-thirds of cases where a local authority takes parents to court due to suspected child abuse or neglect.

FDAC, also known as the "problem solving court", will help families where children are put at risk by their parents using alcohol and drugs, in order to give them the best possible chance to overcome their problems. The aim is that parents are supported to make the changes that are required for families to remain together, where it is safe to do so.

In FDAC the same Judge hears the case throughout in required formal court hearings. The Judge also meets fortnightly with the parents and the FDAC team for an informal review, without lawyers present, so parents can speak directly to the Judge about their progress.

FDAC parents participate in a Trial for Change as part of the 26 week proceedings framework, in which they work with the specialist multidisciplinary FDAC team. The team will assess parents and form an intervention plan, providing support tailored to each individual situation. This will include support with drug and alcohol misuse but will also address other issues affecting the care of their children, such as domestic abuse and parenting skills.

Parents who have been part of FDAC have said: To go into court as an addict but to be seen as a human being was the start of my journey to treatment.

Cllr Laura Mayes, Cabinet Member for Children's Services said: Parents can get caught in a spiral of addiction that prevents them taking proper care of those closest to them. The Family Drug and Alcohol Court offers a way out of that spiral and evidence shows this approach truly works. Wiltshire parents that have lost their way due to addiction will benefit from this fresh approach and ultimately their children will reap the benefits with more families strengthened and staying together.

District Judge Michelle Crooknorth said: The Swindon Court is very pleased to be launching a Family Drugs and Alcohol Court. We very much hope that families in crisis having access to such specialist resources, will bring about better outcomes for children and their families.