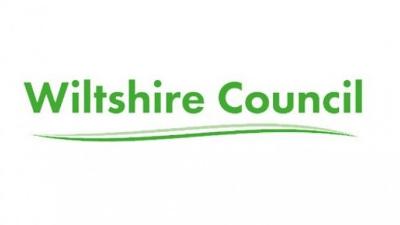 As this autumn has seen higher than average rainfall throughout England, and there is a likelihood that this winter will be warmer and wetter than normal, it is important that everyone in Wiltshire is prepared for a potentially increased risk of flooding this winter.

Groundwater flooding can be an issue in Wiltshire because of the chalk geology of the area, with the Salisbury Plain and Cranbourne Chase areas particularly at risk. Groundwater levels in parts of Wiltshire are currently higher than average for this time of year, and although there is not expected to be an immediate risk of groundwater flooding, it is important that people are prepared.

Unlike river flooding, groundwater flooding does not usually pose a risk to life, but it can cause significant damage to property, as it takes a long time to clear and it can make access to properties difficult for a prolonged period.

It is also difficult to predict when and where groundwater flooding will occur, but Wiltshire Council works closely with the Environment Agency, and town and parish councils through its network of flood wardens to ensure communities are as resilient as possible when dealing with potential flooding, and to help them prepare effectively.

Cllr Bridget Wayman, Cabinet Member for Highways, Transport and Waste, said: "While it is not anticipated that there is an immediate risk of river or groundwater flooding in Wiltshire, further prolonged periods of heavy rainfall may see the Environment Agency issue flood alerts across the county.

"It is therefore important that people are prepared, so they know what to do in the event of a flood, and that they are signed up for Environment Agency flood alerts. Anyone in a river or groundwater flood risk area should be wary of an increased risk of flooding in Wiltshire this winter.

In the Salisbury area, which could be at risk from river flooding in the event of increased rain, sleet or snow, the Environment Agency has produced new flood maps that show greater detail about how the city reacts to potential river flooding. To see these new maps, and how they may affect properties in the Salisbury area, contact the Environment Agency.

In October, several partner agencies including Wiltshire Council, the Environment Agency, Dorset & Wiltshire Fire and Rescue Service, and the military took part in a successful exercise to test the speed and efficiency of the army in setting up temporary flood barriers to reduce flood risk to properties in Salisbury.

Cllr Derek Brown, Chair of the Salisbury Flood Working Group, said: "We have planned and are well prepared for any potential flooding in Salisbury this winter.

"The city's flood plan is up-to-date and available on the Salisbury City Council website, and volunteer flood wardens in the city have received advice and guidance from the Environment Agency to ensure readiness in case of any flooding.

"The exercise to test the joint agency response to flooding in the city was successful and helped to prepare us all for the potential risk and ensure our working relationships with partners are strong and collaborative."

Work is also under way on a scheme to reduce the flood risk to parts of the city centre alongside the regeneration of the Maltings and Central Car Park area.

Flood wardens are active in many parishes throughout Wiltshire; they are responsible for their parish's flood plan, and have access to flood prevention equipment such as sandbags and gel-sack alternatives. They can also contact local people in the event of a flood.