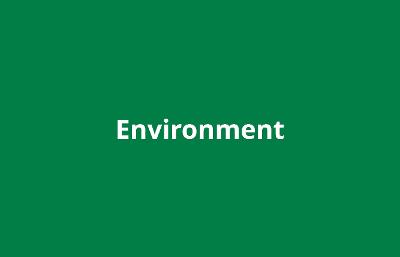 This exciting project is being jointly promoted by the Environment Agency, Wiltshire Council and Salisbury City Council, with funding provided by Defra, Swindon and Wiltshire Local Enterprise Partnership, the Wessex Regional Flood and Coastal Committee, Department for Education and National Highways.

This initial stage will involve work on trees and other vegetation and is expected to take 6 weeks. Trees that need to be removed as part of the scheme will be removed now, prior to the nesting bird season. Only trees that need to be removed will be, and the design has minimised the impact on existing trees and other vegetation. The project team will plant 6 times as many trees as they remove and the removed material will be reused on site where possible.

Some parking spaces will be temporarily removed during this work to allow space for a site compound and to ensure public safety. In addition there will be the need to temporarily divert footpaths and cycle paths for short periods where they are adjacent to the work. Further minor work will continue after the vegetation clearance, including trapping and relocating water voles in isolated areas where they will be directly impacted by the main work, to a suitable habitat further downstream.

When complete the Salisbury River Park scheme will ensure that 250 homes, 100 businesses and 1 school are better protected from flooding. In addition to reducing flood risk the scheme will bring multiple benefits for residents and businesses in Salisbury, including:

Ron Curtis, Area Flood and Coastal Risk Manager at the Environment Agency said: We have reached the important stage of preparing the Salisbury River Park site ready for construction to begin later this year. This is the first step in providing better flood protection for the city. We know the devastating impact that flooding can have, which is why protecting people and communities is our top priority.

Councillor Dr Mark McClelland, Cabinet Member for Transport, Waste, Street Scene and Flooding, Wiltshire Council, added: The Salisbury River Park project is the first initiative from the Salisbury Central Area Framework to come forward and we are excited to see work starting on the site at the end of the month. It has real potential to transform the area providing a lasting legacy for future generations.

Cllr Caroline Corbin, Salisbury City Council said: This is an exciting project for Salisbury - both in terms of creating a wildlife pathway and enhancing our rivers but also in developing a greener city for our residents to enjoy. I'm delighted that the work is now starting and ask that everyone remain tolerant during the construction process.

The main construction work is due to commence in May and will continue through to December 2023.

Further information on the project can be found at www.salisburyriverparkphase1.com.