A rogue trading roofer from Cricklade has been successfully prosecuted by Wiltshire Council after admitting to a series of offences relating to work they were undertaking in the Wiltshire, Bristol and South Gloucestershire areas. 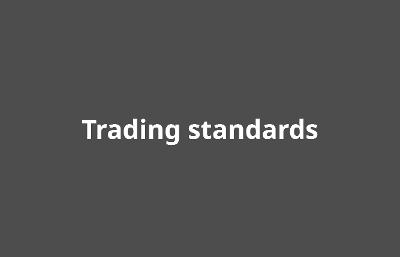 A rogue trading roofer from Cricklade has been successfully prosecuted by Wiltshire Council after admitting to a series of offences relating to work they were undertaking in the Wiltshire, Bristol and South Gloucestershire areas.

Joe Cooper, 44, of Redmore Roofing and Guttering Services, Calcutt Caravan Park, dishonestly made false claims that his work carried "a 15-year guarantee", but when customers who were unhappy with the work tried to get Mr Cooper to rectify matters, they were ignored and the problems were not put right.

He also completed work that was substandard and below industry acceptable standards, and falsely claimed that roofing work was needed on some properties when the work was in fact unnecessary.

In total, there were seven charges against Mr Cooper at a range of addresses throughout the region, with many in Wiltshire. The offences all took place between August 2020 and July 2021, with 11 consumers engaging with Mr Cooper with a view to carrying out work at their properties, mainly the installation of guttering, fascias and soffits. Most consumers had responded to flyers posted through their letterbox.

At Swindon Crown Court, Mr Cooper was sentenced to an 18-month community order with 240 hours of unpaid work.  He was also ordered to pay at total of £15,710 in compensation to the victims of his crimes and to pay a contribution of £3,723.73 towards Wiltshire Council's investigation costs.

The successful conviction comes thanks to the work of Wiltshire Trading Standards officers, who arranged for surveyors to examine some of the work that Mr Cooper carried out on the basis that it appeared to be of poor quality, and this was confirmed by expert reports. In most cases, the value of the work was virtually nil and was described by experts as quite appalling and non-complaint with building regulations. Officers also found that the business documents provided by Mr Cooper did not contain his name and the address of his business as required by the Companies Act, making it difficult for customers to contact him.

Cllr Ian Blair-Pilling, Cabinet Member for Public Protection, said: Rogue traders cause misery for our residents by taking their money without doing the agreed work or carrying out work to an unacceptable standard.

As this case shows, our trading standards team will do all they can to protect people against rogue traders here in Wiltshire, and I hope this conviction and fine sends a clear message to any unscrupulous traders that we will take action to stop this malpractice.

To help guard against rogue traders, people should not agree to any building work with cold callers; ask for written quotes; ask to see ID and also seek out independent references.

To help find one of the many excellent trusted traders we have here in Wiltshire, people should also contact a regulatory or trade body to ensure any tradesperson is a registered member of the organisation.