User survey of cycle route between Chippenham and Calne 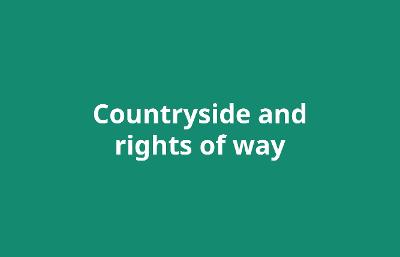 From 18 June to 2 July, Sustainable Calne, in collaboration with Wiltshire Council, will be undertaking a non-statutory survey of the off-road cycle route between Chippenham and Calne, also known as the North Wilts Rivers Route (NWRR).

The six mile cycle route between Chippenham and Calne was set up by the North Wiltshire District Council and Sustrans, and is part of National Cycle Route 403. The cycle path runs along the old railway line and across two bridges, one at Black Dog Halt which crosses the A4 and the other near Chippenham over the River Avon, as well as going through Castlefields Canal & River Park.

The survey offers an opportunity for users of the route and anyone else who would like to share their views, to contribute their thoughts on the route and input into considerations of how the route can be provided sustainably into the future.

People can take part in the survey in person on 18 June and 19 June between 7am and 6pm at the Station Road Calne end of the cycle track and at the informal parking area at Stanley. The survey can also be completed online via the Sustainable Calne website until 2 July.

The route has been in place for over 20 years and we are working with Sustainable Calne to review the route and look at how this could be continued sustainably in future.

We're aware this route is very popular, so it would be really useful for us to get up-to-date evidence through the survey.

The survey is an opportunity for anyone to share their views and for us to understand the usage of the route and how this is supporting our communities. I would urge anyone that has an interest to take part in this survey to help input towards future plans for the cycle route.